Sign up to the Gesamtkunstwerk eMail Newsletter to receive a selection of consistently intelligent coverage of art, architecture and design culture.
Philosophy « Back To Home
April 28, 2014

Welcome to the New Beach District Neighbourhood (Part One)

At his salon two weeks ago, former co-director of planning for the City of Vancouver Larry Beasley told guests one of the reasons he stayed in Vancouver was that it had neighbourhoods.

This city has seen the number of livable neighbourhoods grow over the years and, over the next few, a new one is being designed: the Beach District.

Vancouver House is designed to be catalytic in forming a new neighbourhood, nestled under the big bridge’s arching frame — an updated sibling to beloved sister place, Granville Island, across False Creek.

The keyword to Vancouver House’s public space is ‘flexibility’. One plan shows how everyday parking can be accommodated, with continuous ground plane improvements from building to building, improving on the close mix of cars and people found at Granville Island. Another shows the same spaces cleared of automobiles, its 30,500 square feet of public space accommodating between 700 and 2,800 people, depending on whether it is used for markets, festivals or concerts. The design sets the line of new construction at back, defining generous sidewalks for cafes and public life. 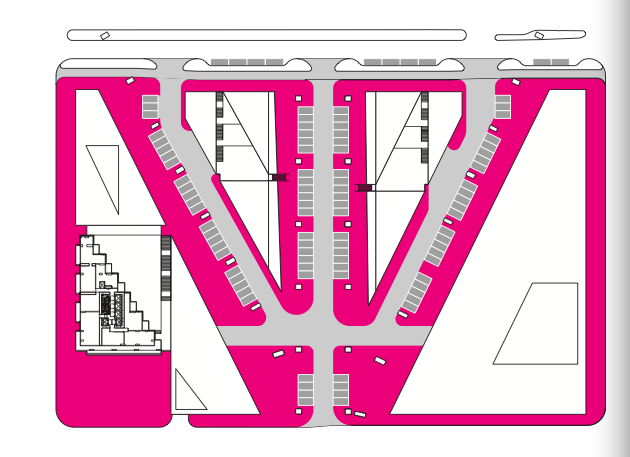 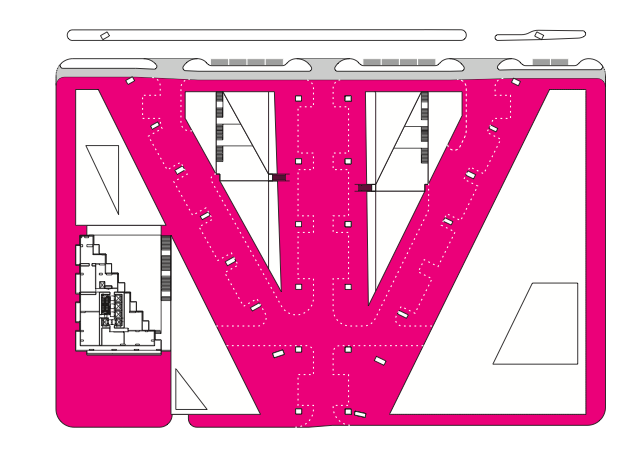 To become a complete neighbourhood and a destination itself a wide range of retailers from grocery stores, drug stores, a range of restaurants and local services will spark a new street life in the Beach District.

The rendering above shows the transformed public space underneath the bridge as a vital zone for living, working and playing. This is an ‘urban room’ defined by new retail-commercial blocks on either side, with the north end of the Granville Street Bridge sheltering the space from above. This rendering shows the street life anticipated in this urban re-conception, while in the background is one side of the rental housing block, a component adding to the Beach District’s social and demographic diversity.