Sign up to the Gesamtkunstwerk eMail Newsletter to receive a selection of consistently intelligent coverage of art, architecture and design culture.
Philosophy « Back To Home
June 15, 2017

Bing Thom and The Future of Our City

On Tuesday, December 6th 2016, at the Rio Theatre in Vancouver, we welcomed architect Michael Heeney, principal at Bing Thom Architects (BTA) for an evening in conversation around the late Bing Thom, his work and his role as a city-builder both in Vancouver and around the world.

Drawing inspiration from Bing’s sense of social responsibility and his belief in the capacity for architecture to enrich society, the evening’s discussion centred on solutions for Vancouver’s current urban planning issues through thoughtful, innovative design.

“Vancouver’s got everything going for it. We live in paradise. The question is how are you going to manage paradise, that’s the challenge.”
– Bing Thom, 2015

The evening began with a powerful video of Bing followed by Ian Gillespie’s introduction to the evening and to Helen Ritts, communications director at BTA, who shared stories of Bing as a friend and colleague. Helen’s introduction was followed by a presentation of the evolution of Bing’s work by Michael Heeney and through the course of the night discussion covered Bing as a city-builder, his vision for the city of Vancouver and his ideas for his last project, at Broadway and Commercial.

The second half of the evening began with the panel discussion; conversation focused on innovative planning, civic engagement and how to build for changing demographics and changing societies. With moderator Leslie Van Duzer (former director now professor at SALA), panelists Bruce Haden (Architect), Charles Montgomery (Happy City), Sonja Trauss (SFBARF) and Michael Heeney (BTA) discussed topics ranging from how to bring about “good” density, to challenging traditional definitions of what constitutes a “home” and imagining ways to create space, both public and private to accommodate the diverse needs of residents and communities now and in the future.

Now more than ever, the need for creative solutions to Vancouver’s housing shortage and affordability crisis is at the forefront of private discussions and public discourse. By exploring ways to achieve a more inclusive, amenity-rich and culturally vibrant urban environment, the panelists contributed to a growing regional dialogue around Vancouver’s future and how we can ensure our city remains among the most livable places in the world. 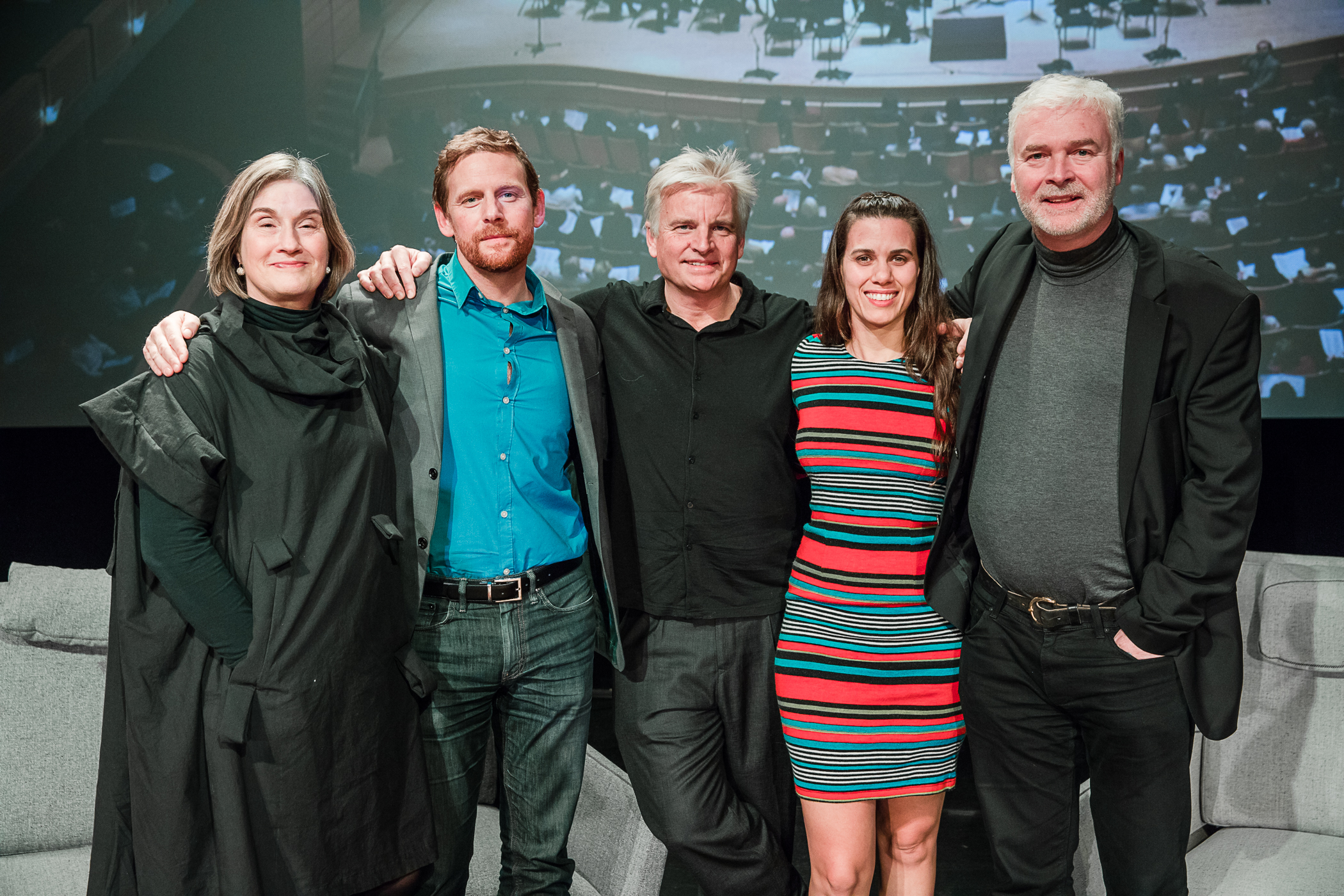 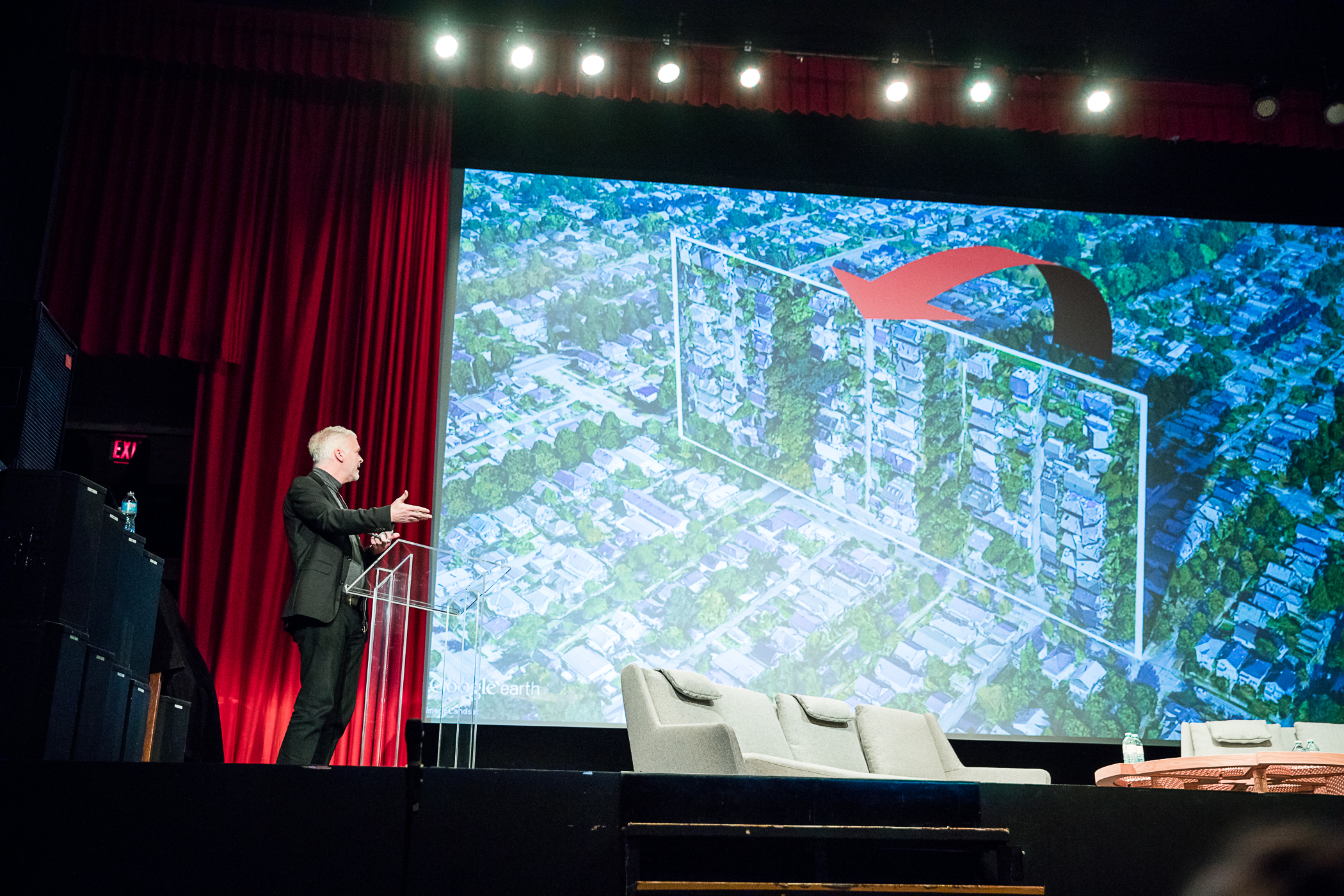 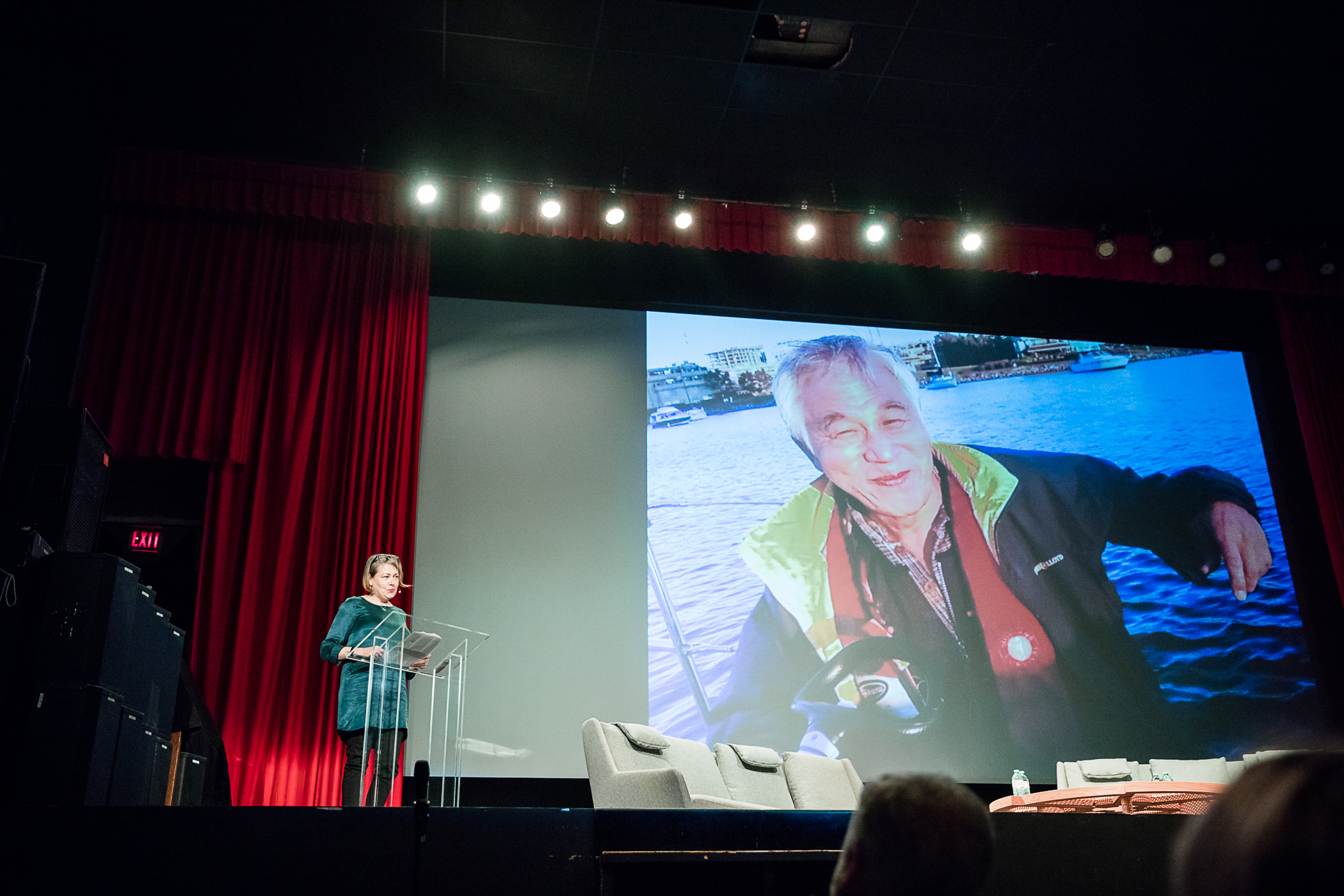 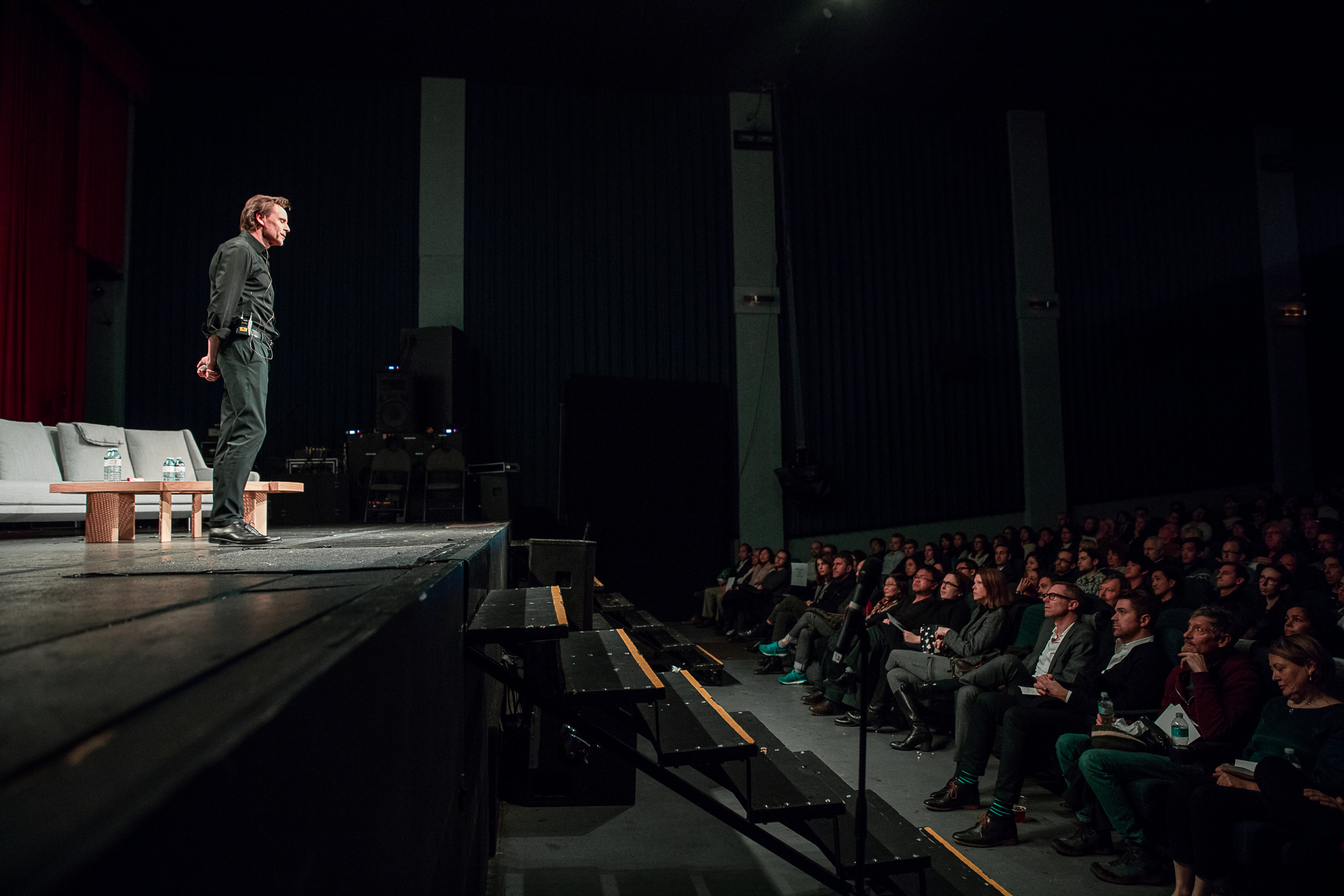 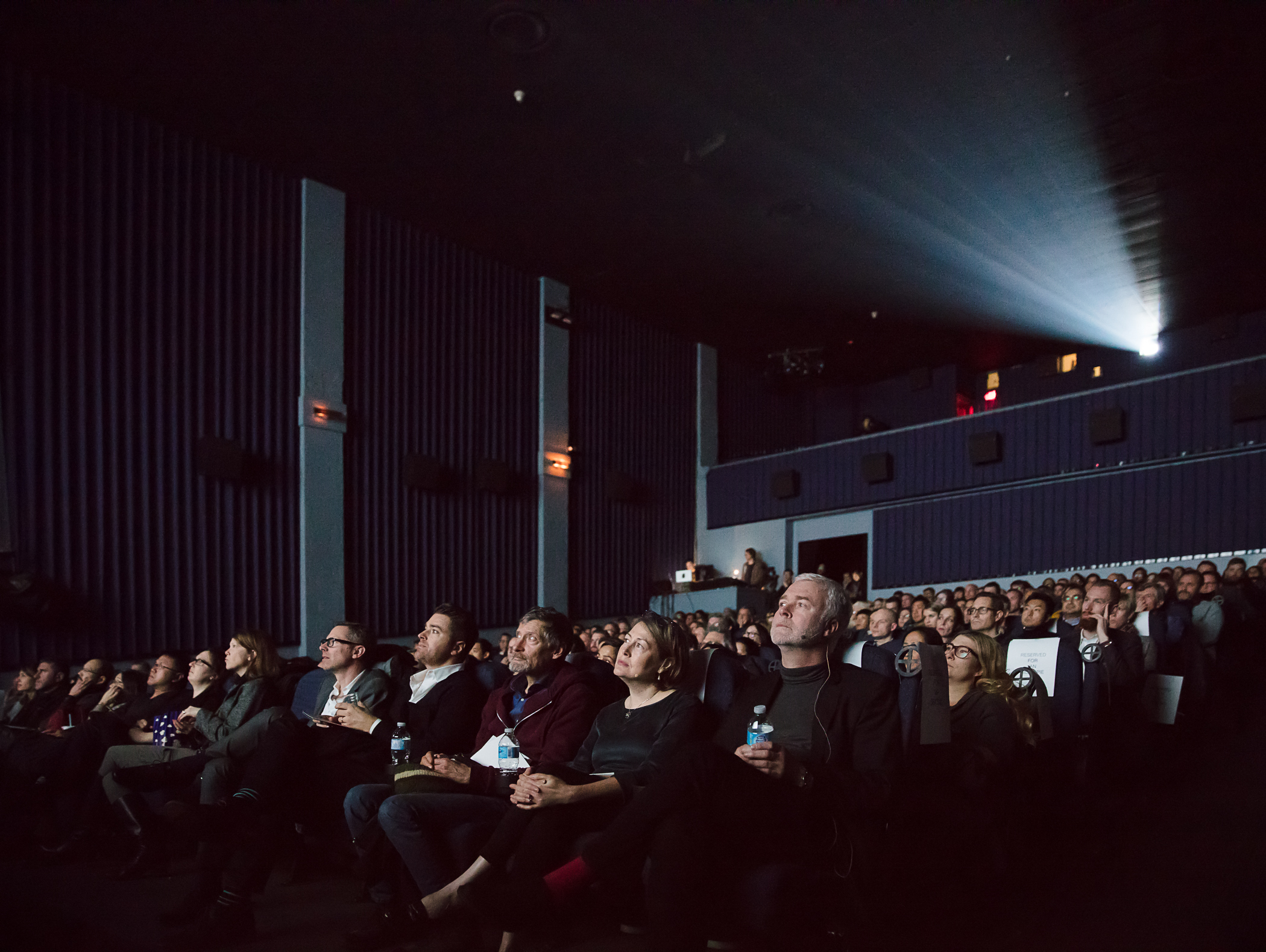 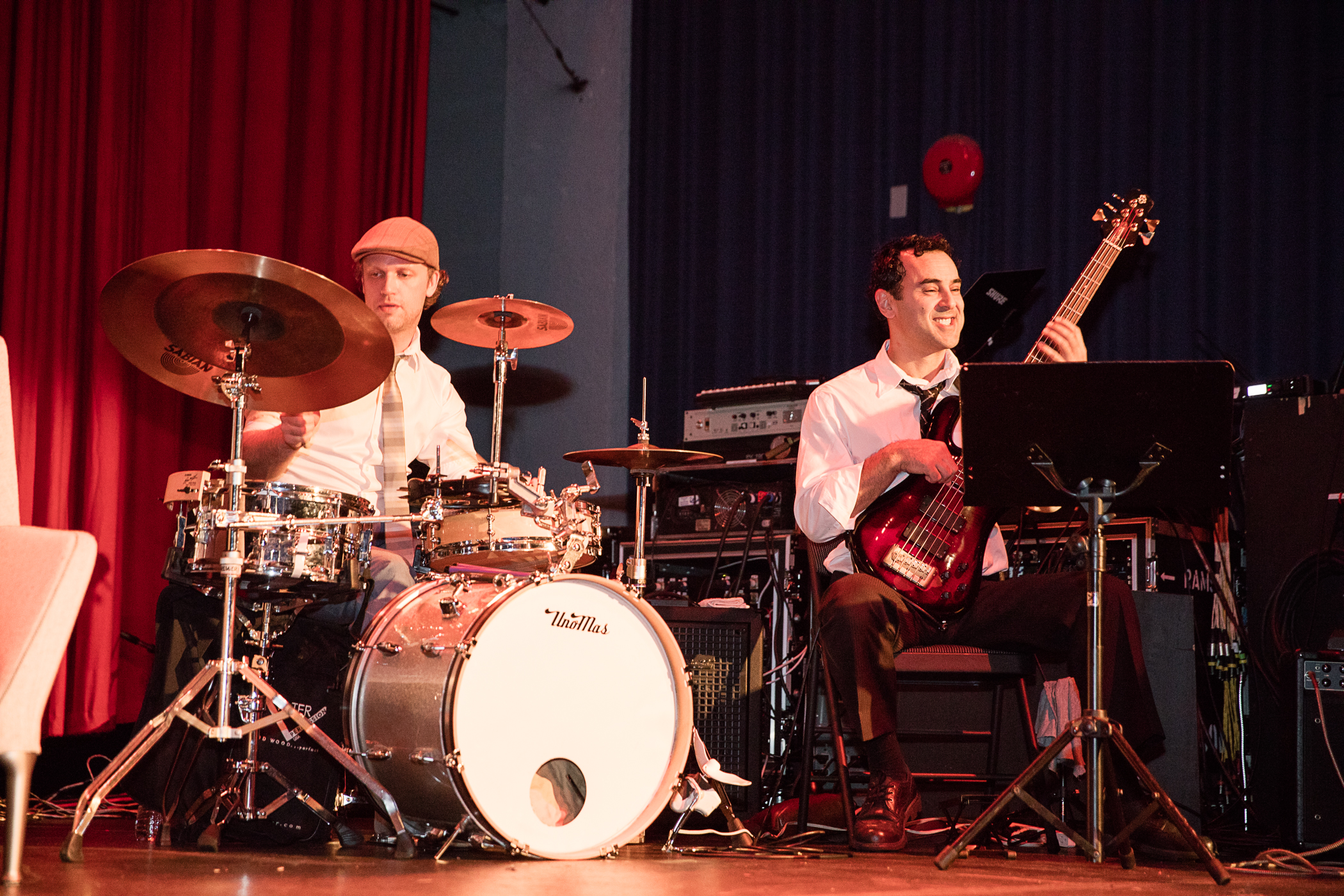 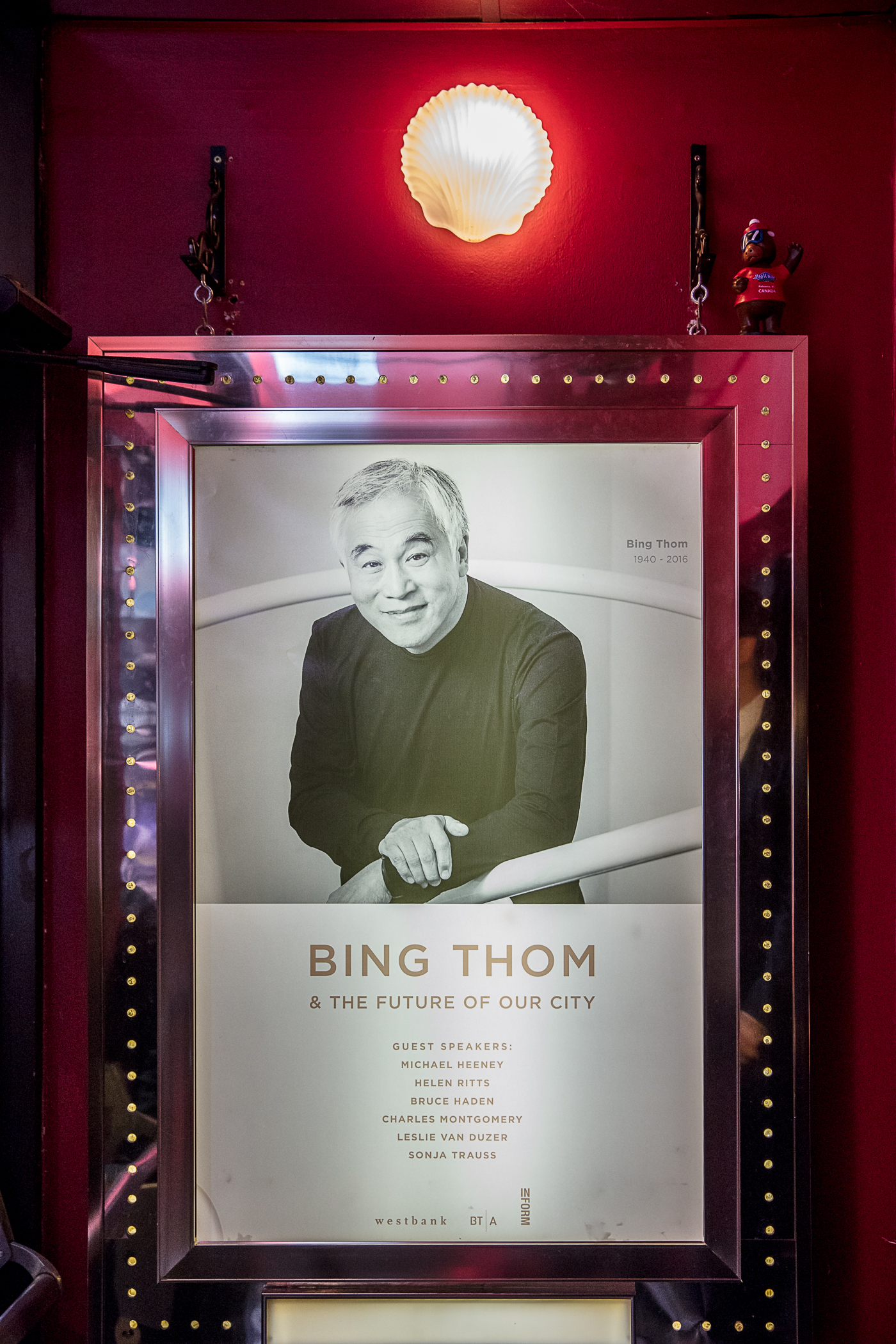 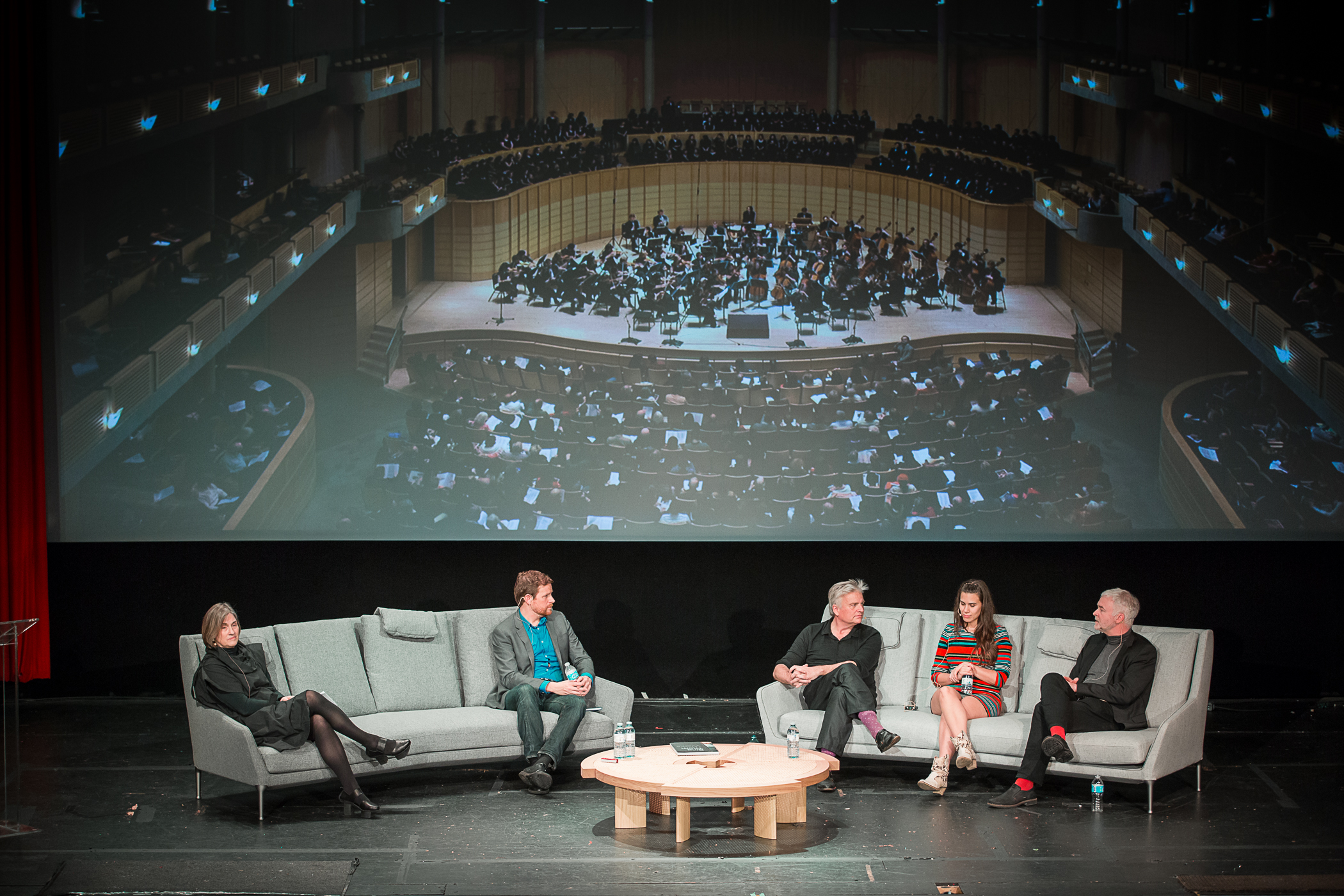 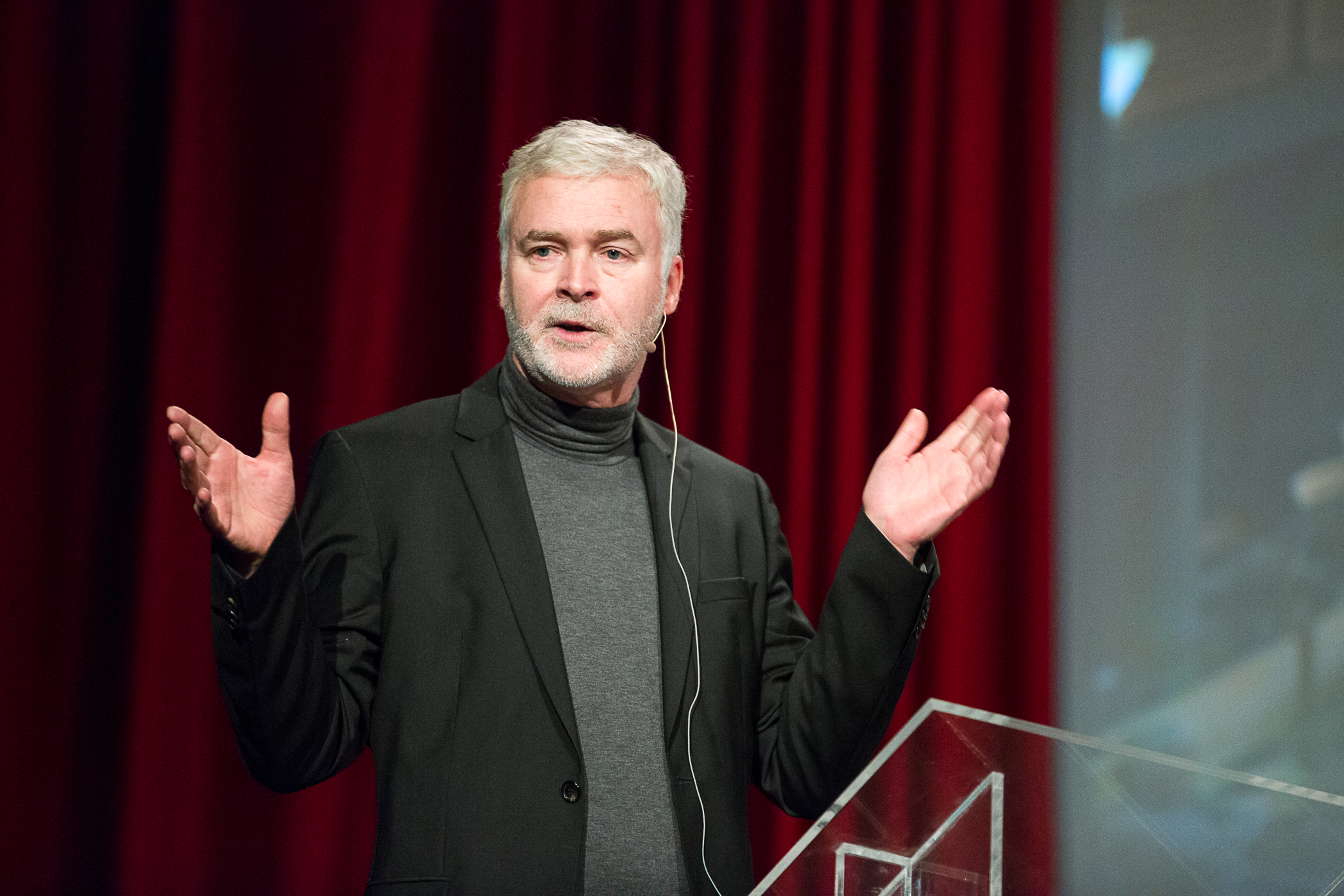 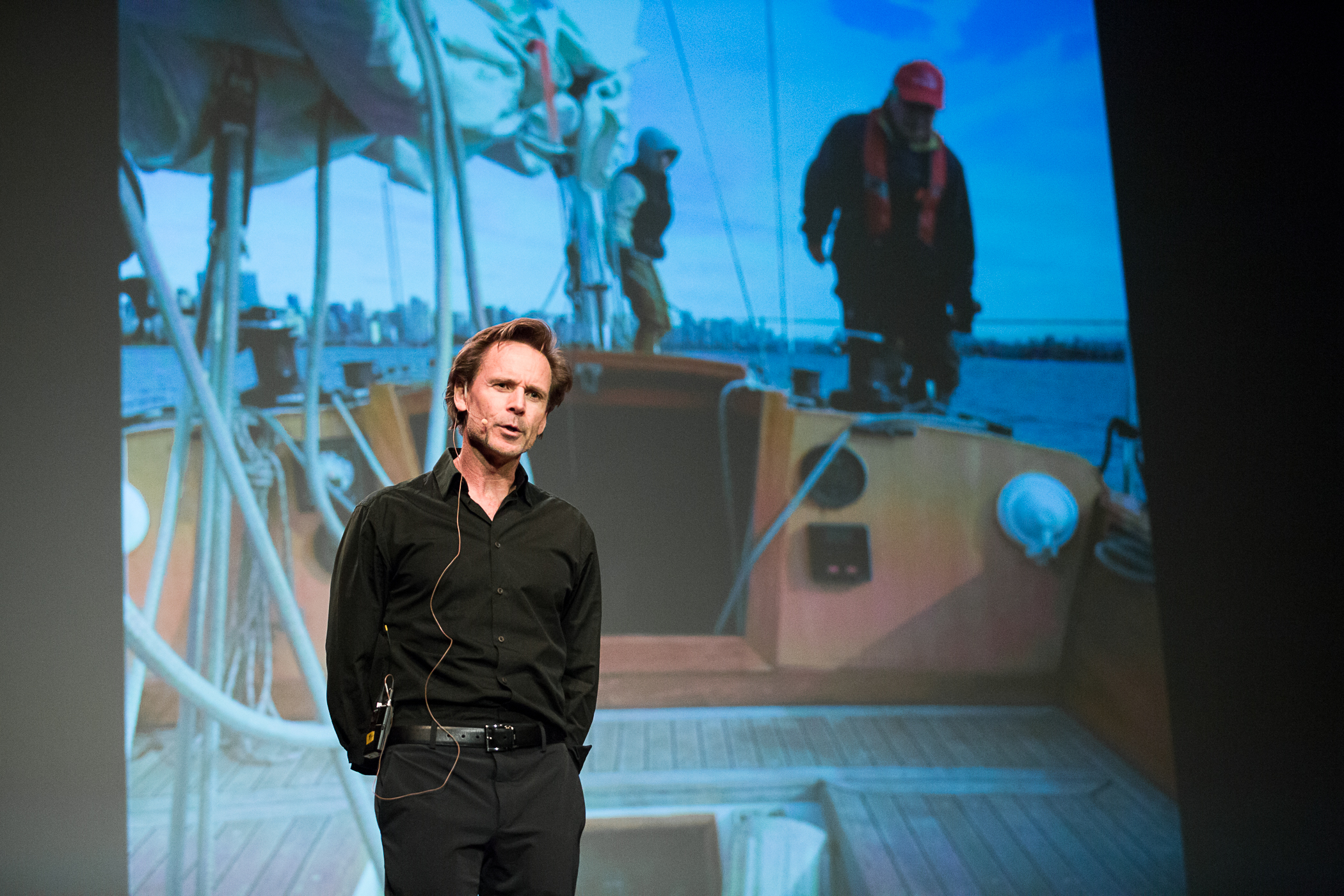 For the first half of the evening, Michael Heeney, principal at BTA, took the stage to share Bing Thom’s legacy and some of the firm’s significant work. Bing was passionate about learning and teaching – he operated his practice as much like a graduate school as an architectural firm. Michael therefore focused on ideas explored and lessons learned over the course of Bing’s career and throughout BTA’s evolution, with each project he presented.

Context Matters: Bing’s desire to work with the natural environment and create a building that seamlessly fit its surroundings, resulted in the Chan Centre at the University of British Columbia. With a limited footprint, Bing used innovative design techniques to visually extend the narrow lobby into the forest next door.

The Big Picture: Bing believed in the transformative power of great architecture and felt a responsibility to enrich society through his work. Bing’s advocacy for a Simon Fraser University campus located in the heart of Surrey transformed the Town Centre by creating a transit node that drew thousands of new visitors to the area. Similarly, Bing’s transformation of the Arena Stage in Washington DC was not only respectful of the existing heritage buildings but helped reinvigorate the entire neighbourhood.

Bing’s body of work demonstrates his international appeal, however, everyone who had the opportunity to work with him knew he loved Vancouver and was deeply invested in the city’s future and its residents’ wellbeing. At the beginning of every project Bing took on, he would walk the neighbourhood for hours over multiple occasions to better understand the essence of the area. He truly sought to create architecture that benefitted the neighbourhood and community.

In 2016, Bing was chosen as the architect for the Broadway and Commercial Safeway property. His passion for the Grandview Woodland community and his desire to create a unique and responsive project inspired his ideas for the site.

The property is adjacent to one of the busiest transit hubs in western Canada, with vibrant Commercial Drive and residential areas just adjacent. With a truly diverse demographic, the highest concentration of cultural spaces in the city, and numerous community festivals throughout the year, the Broadway Commercial Safeway property would have to respond to a truly unique environment. Bing had begun exploring ideas for a creative project whose design features would speak to the character of the community and the needs of local residents.

The Broadway Commercial property immediately sparked Bing’s creativity and he and his team had already started to explore design and programming opportunities that would bring creative additions to the community. The project team continues to develop a first concept with the intent to both reflect and honour Bing’s vision.

Highlights from the panel discussion:

“I think of Bing as a high pragmatist. He was someone who was able to not just understand the importance of architecture but to recognize the ways and means of getting it done.”
– Bruce Haden

“I think the health of a city is in many ways determined by how many children live in it. Families with children bring two things that are really important to cities: one social, one economic.”
– Michael Heeney

“We need a public place where Commercial Drive can have a conversation with the city in a bigger way.”
– Bruce Haden

“We need more opportunities for housing and shopping and working that serve everyone and this might mean more housing typologies and different forms of tenure, that consider what’s great about this place and that look for ways to enrich it.”
– Charles Montgomery

“It’s not just about me wanting my kids to have a place to live, I also don’t want them to live in a luxury resort. I want them to be exposed to the greatest possible diversity of human beings possible. To achieve that we have to challenge the fundamental paradigm that a single family house is morally or socially superior.”
– Bruce Haden

“Who’s the city for? It can’t just be for the people that already own land, because demand is there and we can’t stop it. The challenge is how do we make density that actually gives us some of the things we got from single family homes.”
– Charles Montgomery

“We shouldn’t let the development community off the hook. I think if they want to increase their social license they also have to start addressing social issues more effectively, and not just decoratively.”
– Bruce Haden